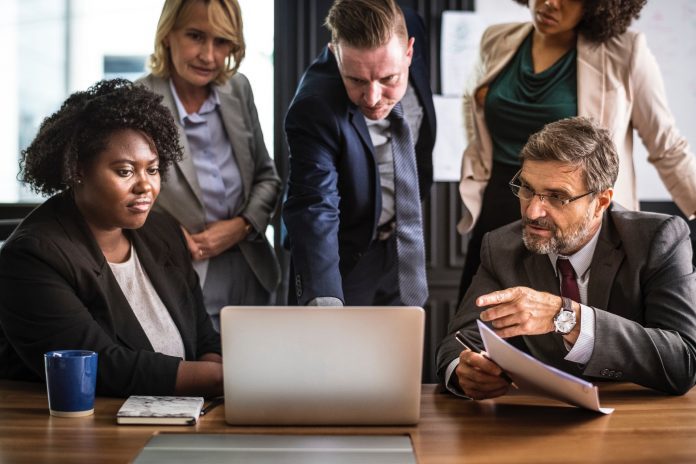 Remote working is on the up.

A recent study by Swiss serviced office provider IWG suggested that 70 per cent of professionals now work from home once a week.

With the World Economic Forum recently suggesting that the future of work lies in freelancing, that percentage only looks set to rise.

Virtual teams are only as good as the telecommute tech and collaboration tools they are built upon.

One of the luxuries of working in the same location as the rest of your team is the ability to get instant responses to questions.

In traditional workplace collaboration scenarios, all you have to do to get a reply to a query is call across a desk to a colleague, or catch someone by the water cooler.

In the early days of remote working, team members had to rely on email to correspond with colleagues in as close to real time as possible.

This doesn’t cut the mustard today.

Stats suggest that it takes the average person between 16 and 24 minutes to reply to a query via email.

In today’s fast-paced world, this is too long.

This is where team chat apps come in.

Chat apps allow workers to send instant messages to single or several members of their team in order to get an instant response.

Slack is arguably one of the most famous chat apps available today. Used in multiple countries by millions of people, it allows you to see who is online before you message them.

It has a powerful search function to allow you to go back to older messages if you need to.

Top tip to make the most of Slack:

Ensure you and your team members take a minute to familiarise yourselves with the keyboard shortcuts in Slack.

They can save time in the long term.

Pressing the up arrow on your keyboard lets you instantly edit your last message, while CTRL, Shift, Y allows you to set status – ‘Popped to the sandwich shop’, for example.

Video conferencing has come a long way since the days when buffering, audio distortions and constant cutting-out were common.

Video meetings can be as clear as if you were meeting with team members in person.

They can often be clearer, thanks to slick screen sharing capabilities and interactive elements to platforms.

Zoom is as popular in the video chat world as Slack is in the team chat world.

One of the beauties of this platform is its ability to pick up on the person who’s talking at any given time and make the on-screen shot of them bigger than those of other meeting participants.

That’s the scalability of Zoom. With functionality like Zoom Webinars, you can communicate with as many as 100 participants at a time.

Top tip to make the most of Zoom:

If you only learn one thing in addition to how to schedule meetings through Zoom, make it how to record calls as videos.

If your company pays for Zoom, you’ll be able to save these videos to the cloud for both your team’s own future reference and for the benefit of absent team members.

Although more and more companies are encouraging their talent to work remotely, they’re not doing away with the notion of a head office completely.

A head office can be a great place for team building days, which still play an essential role in team management due to its power to build trust.

The facilities in the head office can also play a role in business branding.

Having a running track on the roof shows a company is committed to its workers’ wellbeing.

Then there are those workers who simply don’t like working from home.

One way to ensure remote and onsite teams work as best as they can together is to create a physical office-based ‘war room’ that features all the tech needed to facilitate communication between warm bodied and remote workers.

An interactive display is essential in these sorts of setups, also known as huddle rooms.

A few workers from your company are sat around a meeting room table. There’s an interactive display on the wall. That display features a live Zoom call with a remote worker in the top left-hand corner, a spreadsheet in the middle, and a live chat box that’s linked to other remote workers in the top right of the screen.

Everyone in the meeting can see each other as well as the spreadsheet and the chat box, no matter where they are in the world.

The walls between the real and virtual worlds are completely removed.

Top tip to make the most of an interactive display:

Choosing the right spec is essential to getting the most out of an interactive display.

Pick a display that can deliver 4K video and comes with top of the range audio technology.

And that’s just the start of it.

You could get to the point where it takes your remote workers 15 minutes to simply open their apps at the start of their day.

This is where an integration platform comes in handy.

Zapier, for example, allows you to integrate various web apps in a few clicks. Once apps are integrated, information can be passed between them automatically to make you and your team more productive.

A new email comes into Gmail.

Zapier can be set up to automatically copy the attachment on that email into DropBox.

Then an alert comes through Slack regarding the new file.

Top tip to make the most of Zapier:

Just because Zapier can integrate more than 1,500 apps, doesn’t mean it should.

Continue to be selective with the apps you and your team use and, whenever a new one comes along, give it some real thought and consideration before you adopt it.

What to Do if a Faulty Product Injures You

When it Comes to Business, Does Older Really Mean Wiser?

How To Select Wallpaper For Your Office