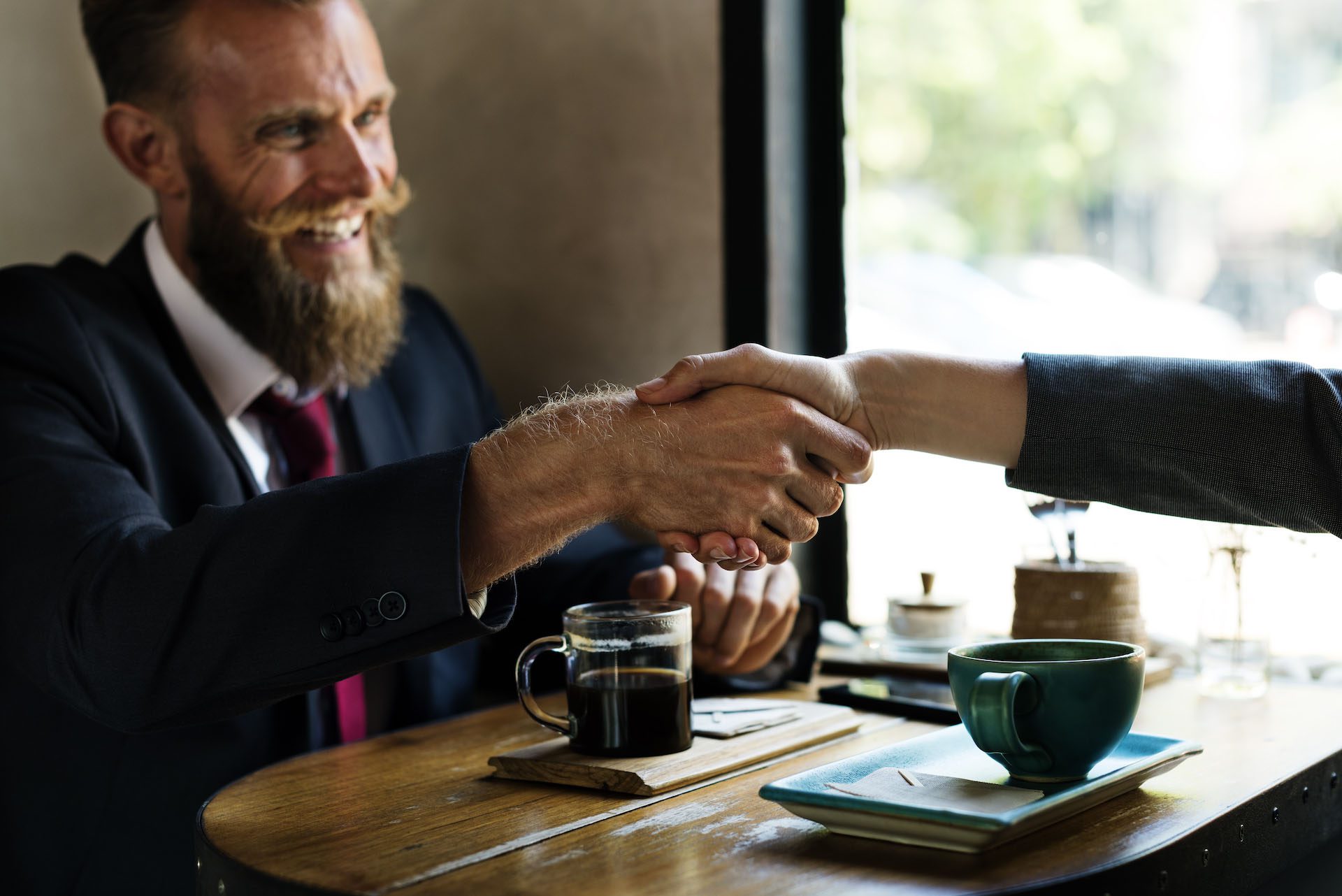 Negotiating business deals is often touted as a difficult activity as you have to ensure that no miscommunication takes place between the parties.
Personalities and cultures vary, not just across countries, but also among different organizations or cities.
Hence, most people, quite understandably, worry about the problems of communication that might arise in cross-cultural business negotiations.
If you are worried about how to negotiate with a local company, imagine the headache of negotiating with a culture that might be completely different from your own.
A higher number of cultural differences could increase the probability of any miscommunication.
And the worst part is that you probably won’t know when or how this miscommunication happened until it’s too late.
This worry is made even worse by the fact that you could lose your job if you mess up an important meeting for your company.
This worry remains even if you are the owner of the business. This is because this negotiation could determine the future of your business, and any failure could cause great losses.
In the event of a miscommunication, the business could even be forced to shut down.
Such is the cutthroat nature of business negotiation— a small mistake could prove to be very expensive.
And with the competitive business environment that exists today, a small mistake is all that your competitors need for them to capitalize on your failure.
This could be in the form of poaching your main client, negotiating a better deal with your main supplier or hiring a person that you were desperate to recruit.
The thought of negotiating with someone from a different culture can be daunting.
Culture is commonly defined as a set of shared beliefs, values, behaviours, language, practices and rituals.
Hence, it’s quite understandable for someone to be stressed by the prospect of cross-cultural business negotiation.
Communicating with a person from a different culture while ensuring that no boundaries are crossed or that the other person is not offended is essential during cross-cultural negotiations.
Another aspect of communication which gets overlooked is non-verbal communication. Trying to understand sentences in isolation of the non-verbal cues that accompany them could misconstrue the actual meaning intended.
Hence, it is essential to keep this in mind when trying to interpret what the other party is trying to communicate. This is not something new.
In fact, we do this when we communicate normally as well, but because it is so habitual, we do it unconsciously.
This makes us forget that we are using non-verbal cues all the time to understand what someone is saying, even if he belongs to the same culture.
This problem of miscommunication might also arise in a local context as well.  This is due to the fact that today many companies have a multi-cultural workforce.
This could be attributed to the advent of globalization and the growing diversity of cultures in many major cities of the world today. This growing trend emphasizes the importance of learning to communicate with various cultures.
So even if your business doesn’t have to deal with any foreign parties, then in the near future, it might have to face a variety of cultures in local companies as well.
Hence, this problem is inevitable for all businesses around the world.
Some of the major challenges that are faced when negotiating with a dissimilar culture are discussed below.

One of the major challenges is that the beliefs, values, behaviours of the other party might be completely different from those of your culture. This could give rise to multiple forms of miscommunication during negotiation.
But the differences could spill over to other things as well.
For example, an American individual and Japanese individual might like the same sport, the same brands, and have a similar taste in music, but that doesn’t mean that the chances of miscommunication are eliminated or even reduced. Their approach to negotiation might vary drastically.
The American might be interested in closing the deal as soon as possible, whereas the Japanese might be a little hesitant or relaxed in his approach. This might negatively impact the negotiation.
The American person might be agitated at the slow pace of the progress of the negotiations and try to be more aggressive in their approach. This might offend the Japanese person as they might misinterpret this aggression as a sign of disrespect.
This would signal the end of the negotiation process, even if the two persons are still talking.

Despite the importance of researching our counterpart’s culture, it can sometimes lead to unsatisfactory conclusions. This is because we might only study generalized aspects of that culture ignoring any diversity within that culture.
Although most of the times we attribute some traits to culture, this might not be true for all people of that culture.
This is especially true today when most societies are more individualistic in nature rather than collectivistic. Our stereotypes might ignore the idiosyncrasies of culture.
This is a common problem with stereotyping people based on popular opinion. It ignores any possibility that a person might exist without falling into a certain category.
Moreover, culture is not the only factor that shapes our identity. Our personal experiences, our upbringing and our professions also play a huge role in shaping the type of person we eventually turn out to be.

The Other Side Might Have Done Its Research as Well

With the rise in awareness of the importance of cross-cultural negotiation, many people today do extensive research on their counterpart’s culture. But what happens when both the parties have done their research?
This could lead to a frustrating situation as both parties will try to tailor their behaviour to their counterpart’s culture.
This could result in a stalemate, where each party is trying to be sensitive to the other’s culture but forgets to actually make any progress in the negotiation.
Another danger is that this could actually aggravate the chances of miscommunication since both parties might mistakenly interpret their counterpart’s behaviour as disrespectful.
This miscommunication could lead to an unsuccessful conclusion of the negotiation process.

How to Navigate Through This Problem?

Navigating through this complex issue can be quite confusing for many people. But starting with a simple task of trying to understand the counterpart’s culture could play a great role in resolving this issue.
Thorough research should be conducted in order to grasp some understanding of the other culture. Any quick research attempt could lead to a vague understanding of the culture.
This vague understanding most usually leads to stereotyping which, as discussed above, should be avoided.
Next, you should look to find any common ground between yourself and the counterpart. This could be anything from a favourite book or TV show to opinions on various issues.
Once this is established, you can be more comfortable in proceeding with your usual negotiating style relevant to the situation.
Avoid adopting the role of a contentious negotiator since this could be misconstrued as a sign of disrespect and result in a failure.
It is better to be safe than sorry. Hence, a more problem-solving approach would be a better idea in a cross-cultural negotiation.
In addition to conducting thorough research on your counterpart’s culture, make sure to also do some research on them as well.
This could be researching on their educational background, their likes or dislikes, their usual approach to negotiation or their objectives for this negotiation.
All of these will complement the knowledge that you have on their culture and give you a more holistic understanding of the person you will negotiate with.
Make sure to keep the negotiation civil and respectful even if the process is not going in the direction you planned. Any impatience could lead to actions that could be interpreted as disrespectful and lead to failure.
End on a cordial note, even if you couldn’t achieve the desired results this time. This could pave the way for any successful future negotiations.
And lastly, during the negotiations don’t assume anything negative based on your past experiences because your counterpart’s culture is different.
So, if they are responding to your email very slowly, this could be because they might have to reach a consensus with the rest of the management before proceeding.
So be patient, cross-cultural negotiation might be a long process, but it’s crucial you get it right. This is only possible if you make an effort to learn about your counterpart’s culture.

How to Market Your Brand on Social Media

What Should You Know About Cartridge Filters?

Why Promotional Products Might Be Your Nonprofit’s Secret Weapon

How to Turn Your Photographic Slides into Digital