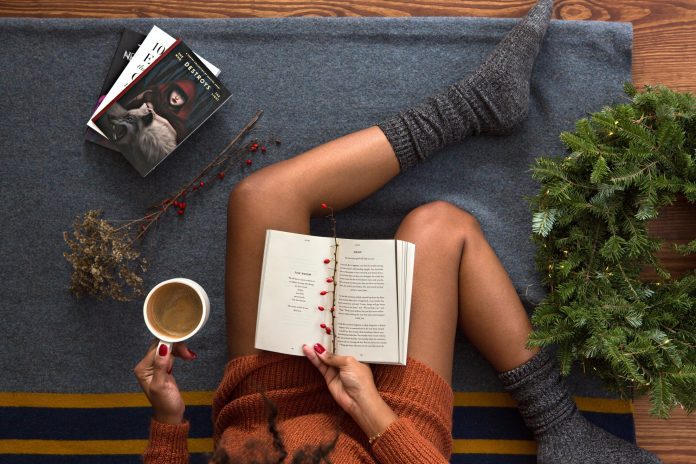 With Recommended Reads For December, we bring you six books you should read before the year ends.

1. The Legend of Lakshmi Prasad

The innocent smiles of a child, refreshing rain and meaningful conversations-heartwarming vignettes steeped in simplicity.

Twinkle Khanna’s debut fiction novel, The Legend of Lakshmi Prasad, which is a collection of four short stories, is laced with slice-of-life elements. The title story is about 17-year-old Lakshmi Prasad who strives for independence for the girls in her village.

Then there is the story of two sisters in their 60s, who strike up an unusual friendship and wade through loneliness. The third piece introduces us to a young Malayali woman and her multiple marriages, as she struggles to make sense of life.

The book ends with the lengthiest story, centered on a village simpleton who decides to provide affordable sanitary napkins for women from all walks of life.

Following the humorous thread of her previous outing, Mrs. Funnybones, Khanna’s writing is lucid as she evokes vivid images in her character sketches. A quick read, the book is delightful in some parts and a bit laborious in others.

Nora Roberts Island Of Glass brings a fantastic end to the hugely popular The Guardians tribology.

The story revolves around the urgent search for three sets of stars, undertaken by the six guardians who come together with their unique powers only to find love in their fight of good over evil.

For those familiar with the previous books, Riley (archaeologist) and Doyle (immortal) finally end up together. Theirs is a mystical and romantic journey as they fight hard against the evil Nerezza, who stops at nothing to destroy the six warriors.

Furthermore, the magical powers of the guardians blend effortlessly in daily life happenings, making theirs a story easily relatable as well as exciting to readers.

Known for her impressive storytelling skills, Roberts has outdone herself with her conjuring of vivid imagery in this book dreamy yet action-packed book. Island Of Glass is a good read if you’re looking for the perfect fantasy to indulge in.

Since it takes off exactly where the last book ends, it’s exactly a good idea to read the previous two installments first.

The Spy is Paulo Coelho’s imaginary biography of Mata Hari, recounted through an imaginary letter by the legendary beauty to her lawyer in her last days.

An exotic dancer in Paris during World War I, she was said to have driven even the most powerful men to their knees. Gers was a rags-to-riches story that met with a tragic end, with her being executed.

Leading a lifestyle that both shocked and awed the world, Mata Hari was charged with espionage in 1917.

But was she really guilty or was she executed on the basis of frivolous evidence dug up to protect the secrets of men who visited her? Did she, in the end, pay a heavy price for living on her own terms?

Coelho does justice in bringing to the forefront the strong spirit of this incredible woman who dared to do what she considered best for herself at a tumultuous time.

While fans of Coelho’s earlier works such as The Alchemist may not be too impressed with his latest outing, it does make for an interesting read.

Hag-Seed is a play within a play. It is the story of Felix, an acclaimed director if a Canadian theatre festival who gets ousted by his own right hand, Tony.

Driven by shame and anger, Felix goes into hiding, grieving the death of his illustrious career and at the same time finding strength in the memory of his late daughter, Miranda.

It is during self-exile that he draws out a master-plan to return to the world of theatre and seek revenge on all those who harmed him.

Felix takes in the task of staging The Tempest at a correctional institute in Ontario, where his stage is a prison and the actors are making their way back to society.

While the woman who urges Felix to direct the Shakespearean drama also worries that The Tempest could be a bit much for the inmates, Felix argues that Bard’s actors were indeed handymen who had never read a play themselves.

Hag-Wood us an engaging retelling of The Tempest. The wit and playfulness along with earnest interpretations if the dramatis personae charms Shakespeare fans, and Atwood’s brilliant writing keeps one hooked.

Zadie Smith’s latest release is a story of two girls who share a close bond and dream of becoming dancers.

Facing grown up in the poorer parts of town, the unnamed narrator, who hides away in the shadows, talks little about herself and more about her friend and talented dancer, Tracey, her mother, her boss and the people she crosses paths with.

Set in London, it’s a story of female friendship riddled with challenges, if unequal opportunities, and incredible music- from pop to hip-hop and African rhythms. While one girl achieves her dream, the other becomes the handmaiden of a renowned dancer.

Swing Time is a raw and revealing read, especially in the way it deals with the fragility of human relationships. The narrator continuously remains in the background, always one step behind the supremely talented Tracey.

As the story progresses, I’ve can’t help but notice that the main theme of the book, dance, gets somewhat overshadowed.

However, Smith does captivate us with her debut first-person writing, her incredible storyline and her soulful sketching of characters.

With a knack for turning controversial issues into bestsellers, the author of My Sister’s Keeper us back with her nail-biting courtroom drama, Small Great Things.

The story revolves around African-American Ruth Jefferson, a labor and delivery nurse, ordered to stay away from the newborn son of white supremacists.

She is, however, faced with a dilemma when the baby suffers a cardiac arrest under her watch in the nursery. Jefferson decision to conduct CPR results in her being charged with negligence and racially charged murder.

Placing racism on trial, Picoult spins a page-turner narrated from three perspectives – that of Jefferson’s, her white public defender Kennedy McQuarrie, and Turk Bauer, father of the deceased child.

While Jefferson and McQuarrie struggle to trust each other, the trail followed by frenzied media begins to affect her teenage son, Edison, an honor student.

Picoult allows her characters to fight for their differences, giving each the opportunity to give their say.

While some parts of the book seem too good to be true, it does not diminish the sincerity of the topic being disclosed. The story stays with you long after the book is shut.

How People Feel When They Get Hit on LinkedIn

What’s Wrong with Your Business When Bank Account is Cashless