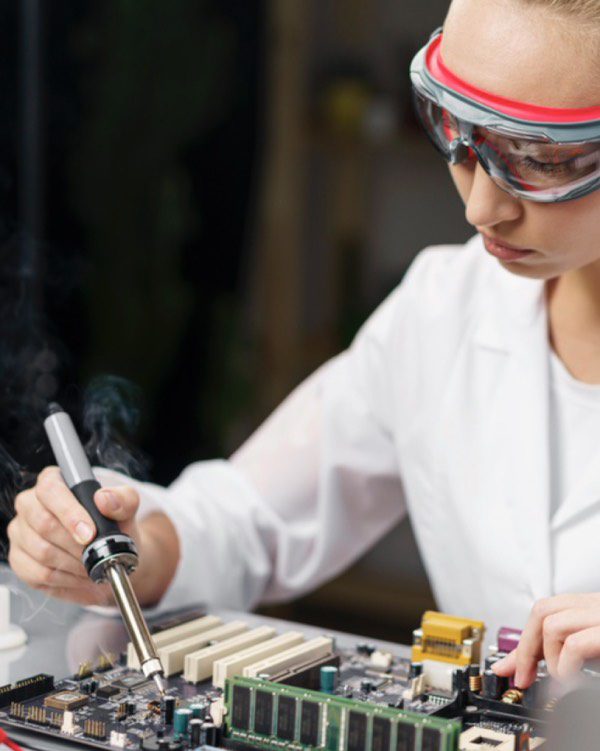 Your Guide To Understanding The Different Types Of Soldering Irons

Soldering irons are tremendous devices. But if there’s one challenge when it comes to soldering irons? It’s that the learning curve when seeking to use them for the first time – or perhaps just the first time in a long time – can be very steep indeed. So let’s look now at key points that should be understood surrounding the different types of soldering irons and their wider use.

The Different Types of Soldering Irons

There’s also a great deal of variety out there when it comes to soldering iron tips. First, there’s the one commonly known as a b-series tip. This conical-shaped tip is the one that more new users to soldering are likely to imagine because it is widely used and conventional in its shape. But there’s indeed others that find a wide variety of uses.

For instance, there’s the tip commonly known as the d-series tip which is also very popular, and offers a wider surface area than a b-series tip. This can make the d-series more suitable for certain tasks that can be completed quicker with a d-series instead of a b-series, due to the d’s larger surface area. Then there’s also the c-series, and numerous other tips. Building a knowledge of these tips proactively is always an important part of coming to hold expertise in soldering.

Just as it’s important to understand the different types of soldering irons out there, it’s certainly also important for a user to look after themselves when using soldering irons. That’s why it’s wise to keep in mind the following when it comes to these devices.

There’s no disputing soldering irons are very versatile and capable devices. This said, it’s also the case that soldering irons can get to over 300 degrees celsius (600 degrees fahrenheit) when in use. So knowing how to use a soldering iron safely is very important. But by taking the time to learn beforehand of the safety principles surrounding this tool’s use, you can minimise the risk of injury or damage, and maximise the effectiveness of the soldering iron when in use.

The Huge Importance of Safety Gear

As well as possessing knowledge of the safety principles surrounding soldering irons, it’s also critical to use suitable safety gear when using the device. This is because even if a user intends to utilise a soldering iron safety, unfortunately unforeseen events or distractions – for instance a sudden and unexpected loud noise closeby – could distract a user momentarily, and thus create a safety risk. But a minimisation of this danger can be achieved by wearing protective equipment such as a pair of thick thermal safety gloves, and a welding helmet.

Understanding the different types of soldering irons out there is important for all users of the tool. Having this knowledge provides them a way to establish which is ‘the right tool for the job’. In turn, having a strong understanding of all essential safety principles surrounding soldering iron operation and protection of people and property can help ensure each time a soldering iron is used, it’s done in a way that is safe and effective.

Nikita Ross
Nikita Ross is a professional ghostwriter and business developer who lives and breathes marketing. With a strong educational background and eight years of practical marketing experience, Nikita knows that the key to marketing success is continuous learning and adaptation.

How to Focus When You’re Overwhelmed By Marketing Options